Blood moon is the total lunar eclipse. Four blood moons in year 2014 and 2015 are during the biblical holidays on the Passover and the Feast of Tabernacle. These four blood moon is called "Blood Moon Tetrad".

​There has been total 8 times of blood moon tetrads for the last 2000 years. Let's figure out one by one.

So the blood moon tetrad in year 2014 and 2015 will be war between Israel and one of Islamic country, most likely Iran.

If you see the blood moons in 2014/2015, you see the different than any other blood moons in the past. BloodMoonsComing.com called it as "Lord's Perfect sign." It never happened in the past. It is completely symmetry before and after in the middle day of January 1, 2015. All the total lunar eclipses, total solar eclipses and partial solar eclipses are showing perfect symmetry. The last fourth blood moon on September 28, 2015 is the supermoon. I believe God will show us the sign in heaven to alarm us to be ready for the coming Messiah!

1. Cited from the Lamb and Lion Ministries. 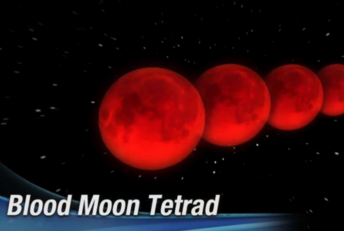 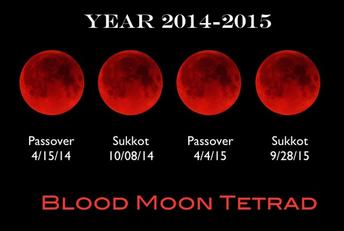 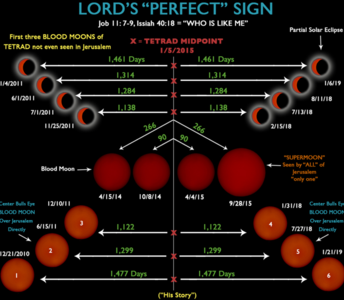