We live in the end times. There are many people prophesying great earthquake in California and East coast tsunami which are the bible prophecy written in Revelation 6:12-17. One of these events will happen shortly. 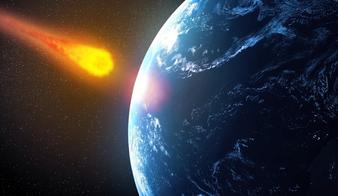 So when the sixth seal is opened, there was a great earthquake. So many men of God have prophesied of great California earthquake. "Sun became black" might be solar eclipse or 3 days of darkness.

There is big possibility that current blood moon is the blood moon in the Revelation chapter 6. If that so, we live in truly the end times.

Asteroid is better translation than star because original Greek is the asteroid. When asteroid fall to the earth, there will be great tsunami if that hit on the ocean.

Due to the impact of this asteroid hit, the position of north pole and south pole may be changed that's why it described as the sky receded. I think this is polar shift.

As we know all the high level governmental officials have prepared the underground bunkers. When these things happen, they will escape to those area.

​After these events of great earthquake and asteroid hitting on the earth, millions people will die. Some people blame to God. But so many people come to Jesus. There will be great revival going on at that time. That will be last revival before the rapture. The time will be 2-3 weeks accoring to the prophecies. Shortly after this, Jesus is coming for the rapture of the church that is the seventh seal event.